Contrary to a widespread opinion, for Plato intellectual pleasures are preceded by some kind of lack and a state of being empty, although this lack is not perceived as painful. They are associated with the process of coming-to-know something rather than with the continued possession and exercise of philosophical knowledge. These processes are often also accompanied by pains and frustrations. Since the goal of the human life is to become as much like god as possible, the most divine life for the philosopher will be a life of neither pleasure nor pain, since the life of the god does not contain any pleasure or pain at all.

Through an analysis of Divine science of Contingency, Time and Necessity, this article aims to show two interpretations of Thomas Aquinas’ realism. The first one is based on a strong realistic and metaphysical conception; the other, on a more mediated and soft realism. These two interpretations are difficult to reconcile, since they are based on different assumptions and principles. It will be shown how the metaphysical reading of eternity as extra-temporality is based and, in turn, has leaded to a ideological interpretation that a philosophical investigation must reveal. Metaphysical reading, in fact, is based on an eternalism timelessness produced by analogical projection of human categories; in this context, eternalist reconstruction seems to coexist with the contingent, temporal and indeterminate knowledge of man, although the freedom thus obtained appears confined within the limits of the cognitive and temporal modes proper to the human intellect. But in this coherence an overinterpretative vulnus emerges. It consists in an unwarranted use of divine science, which is sometimes presented as the demonstratum placed to guarantee the freedom of creatures and sometimes as the demonstrandum to which, through an analogical extension of human cognitive modes, the realism of Thomas Aquinas’ argument aims.

In Leviathan, unlike what happened in the works of the 1640s, Hobbes succedes to deduce the entire range of differences between humans and other animals from single foundation: the «pleasure of the mind». This operation is made possible through a redefinition of the pleasure of the mind which frees it from the immediate coincidence with glory, and which characterizes it as pleasure of power/expectation. Language, reason, absence of a summum bonum, unlimited desire for power, anxiety for the future, religion and solicitude for time to come are presented by Hobbes, in the first part of Leviathan, as invariant (universal and necessary) elements of the human nature. However, in the third and fourth parts of Leviathan, forms of subjectivity irreducible to this image of Man enter the scene: not only those which produce and feed the religious conflict (between sects as between the State and the Church) for something worth more than life, but also that – more peripheral, yet conceptually decisive – that gives life to the early Christian communities focused on mutual help and life in common. Thus, religion reveals itself capable of producing forms of subjectivity that dilate the possibilities of the human – in terms of emotional structure, conduct and social forms – beyond the rigid and invariant perimeter traced by the scientific naturalism of the first part.

Hobbes, Pleasure of the mind, Curiosity, Religion, Solicitude for Time to Come.

In the «provisional moral code» of the Discourse on the Method, Descartes asserts the opportunity to accept the laws and the costumes of one’s own country, leaving apart any social or political conflict. Starting from this political position, this paper focuses on the analysis of “fear” in The Passions of the Soul and, particularly, on the strategies of control of this passion. The aim is to demonstrate that Descartes – unlike Hobbes – does not assign to the political power any jurisdiction in the government of passions. As the private citizen must not contest power, so political power must not interfere in the personal governance of passions.

The article aims to reconstruct a chapter of the reception of Descartes in France between the 18th and 19th centuries. In it, I examine the different interpretations of his figure and of the “Cartesian philosophy” that the philosophers of the Enlightenment and of the Restoration have offered. The article also proposes a historical study of the notion of “Cartesianism” introduced and discussed by Victor Cousin, Charles Renouvier, Jean-Baptiste Bordas Demoulin and François Bouillier in the first half of the 19th century.

Diderot’s fascination with monsters, in both biological and ‘cosmic’ contexts, is well known. On the one hand, he inverts the Aristotelian standpoint in which the existence of monsters simply indicates the existence of cases when Nature has ‘missed’ her target: on the contrary, monsters and their expression of the basic randomness of the natural world becomes a constitutive trait of materialist ontology. Now, as George Canguilhem put it, «there are no monstrous machines», i.e., if we turn the formulation around, monsters, errors, contra naturam forms only exist in the living world. This vision of a living and monstrous Nature (or rather, monstrous-thus-living), is also present in Diderot’s ‘antimathematicism’, i.e., his view that mathematical truths are not easily transposable «on earth» (Pensées sur l’interprétation de la nature, § ii, iii). Thus randomness, error and monstrosity are constitutive traits of living being for Diderot, a modern Lucretian. He is neither content to ‘comment on’ the life sciences of his time, nor to assert a priori principles that would help us decipher empirical life. Rather, Diderot projects these traits onto matter itself, thereby articulating a ‘protovitalism’ (it is not an actual vitalist doctrine, and remains quite programmatic). Error is also present there because, unlike nearly all the rest of the materialist tradition, Diderot emphasizes the fictional character of our relation to Nature, which he describes as «a woman who likes to disguise herself» (§ xii).

In the dispute concerning the interpretations of Kant’s moral philosophy, one will hardly encounter the view that his ethics contain an ascetic dimension. My contribution will argue that such a reading is indeed profound. I aim to show to what extent Kant, implicitly referring to the Stoic understanding, gives a specific reason for the necessity of ascesis. For if morality is to be the determining form of life, as one can derive from his Religionsschrift and Tugendlehre, it is not sufficient to have moral insights as well as a moral motivation; one also needs moral ability. What is recognized as morally good and right must be wanted, and what is wanted must be implemented. In order to overcome the hiatus between wanting and ability, practice of will and moral abilities are required. Here ‘asceticism’ is to be understood in a moral, not in a mystical or Christian-religious sense: I aim to show that in Kant’s doctrine of virtue ascesis, according to its Greek etymon, means practice and that it is thus used in a more comprehensive sense in so far as the expression means more than just morally motivated renunciations: its elements are practice, cultivation and finally perfection of the abilities that are needed to realize what is morally recognized and therefore wanted.

Moving from the relevant intellectual relationship between Walter F. Otto and Martin Heidegger, this essay aims at discussing a central topic for both authors: the concept of form. For Otto as well as for Heidegger the being of the world always needs to acquire some sort of form. In their view form is a fundamental phenomenon which connects nature, art and religion and through which truth establishes itself. Despite many similarities between the positions of Otto and Heidegger, they differ significantly as far as their ontological viewpoints are concerned. On the implicit basis of a metaphysics of presence and of substance, Otto is of the opinion that Greek Gods are the most bright and full manifestations of the essence of nature. Heidegger, instead, feels the need to move beyond the Greek experience of manifestation, and to rethink «alétheia» in the terms of «Unverborgenheit». The divergent paths of Otto and Heidegger become particularly clear in connection with their interpretations of Friedrich Hölderlin’s poetic experience of nature, man and Gods.

After a brief status quaestionis concerning the ‘impossible conversation’ between Heidegger and Schelling, this paper aims to address the question of temporality in Schelling’s Philosophische Untersuchungen and in Heidegger’s Vorlesungen (1936) dedicated to the schellingian book. I try to show how Schelling removes the apparent hiatus between temporality and eternity by adopting and rimodulating the trascendental structure of ‘act’. The implicit convinction of Schelling is that only with the translation of temporal concepts into practical concepts we can reconcile these two temporalities. Furthermore, with the reading of some passages where Heidegger comments the temporal concepts of inquiries, we’ll have the opportunity to highlight the schellingian descent of main heideggerian notions (Entscheidung, Zeitlichkheit, Abgrund, Being’s Freedom), and confirm that «Heidegger’s philosophy is a Twentieth Century continuation of Schelling’s philosophy» (Giuseppe Semerari).

Enzo Melandri – one of the greatest exponents of phenomenology in Italy – saw ancient thought as the basis of the whole philosophical grammar of the West, whose subsequent developments he regarded as mere extensions and elaborations of it. In this context, Platonic idealism has pride of place because of its “amphibian” character: on the one hand it is linked to the isomorphism of classical logic, on the other it goes beyond it by formulating the principle of the “analogy of being”. Idea and matter, as well as intuition and discourse, are the terms of a dynamic ontology of reality in which there is no separation between knowledge and praxis. For Plato, knowing through ideas means to operatively unfold the plot of reality, in which the meaning of each thing is reflected, and reversed, in its complementary opposite. Against the background of the semantic intentionality of experience, object and method are thus the “enantiomorphic shapes” of a dialectical tension which is the first “absolute metaphor” of Western philosophy

The essay considers the possibility of an ethics peculiar to Severino’s philosophy of the eternity of being. Being does not become, it does not come out from nothing and it does not return to it. Being is immutable. On the contrary, entities appear and disappear and they are not exempt from nihilism and from contradictions that ask to be solved. That is why the urgency of an ethics constitutes a real challenge for the will to power and for the manipulation of the entities that belongs to nihilism.

The notion of mechanism is widely used in a number of scientific fields, as well as in everyday life. Medical contexts often refer to organs’, diseases’, and drugs’ mechanisms. Philosophy of science has promoted a sort of “revival” of the mechanistic approach to explanation and causation, conceived in a probabilistic perspective, since the 1980s, and definitions of “mechanism” have been proliferating in the last couple of decades. The paper examines some intersections and possible mutual influences between such a debate and some current epistemological trends in psychiatry, and in philosophy of psychiatry. The promises and limits of a mechanistic approach in addressing mental disorders are discussed, and some tension is highlighted between some of the most recent philosophical standpoints on mechanisms and tentative uses of the notion in the mental health sciences. 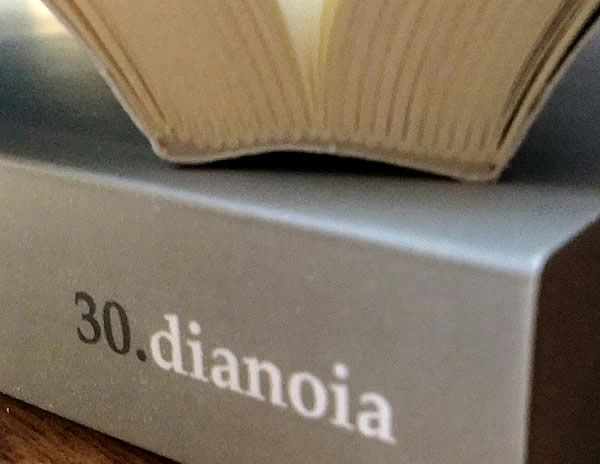