This paper reconstructs the concept of ecology developed by the evolutionary anthropologist Gregory Bateson (1904-1980), author of the well-known Steps to an ecology of mind (1972), starting from his later, unfinished writings on the “epistemology of the sacred”, made available by his daughter, the anthropologist Mary Catherine Bateson, in the posthumous double signature volume titled Angel’s fear (1987). The notion of sacred sketched in these writings is placed in connection with the preceding works of Bateson, especially with some papers of the late Sixties of last century, included in Steps to an ecology of mind. The analysis aims to show the work of Bateson matching the dramatic ecological challenges of our time.
In conclusion, it is then suggested a possible limit of batesonian reflection on the sacred/ecology link, starting from the idea of nature as a scapegoat, inspired by the anthropological work of René Girard about the sacred/violence link.

The essay supposes the existence of an implicit though articulated relationship between the systemic logics constituting the different practices of classification within Alexander von Humboldt’s work, from Ansichten der Natur to Kosmos, and the direct observation made by the author himself of that particular historical
phenomenon regarding the conquest of power at the end of XVIII by German and French bourgeoisie. The confrontation with the master Georg Forster allows us to highlight Humboldt’s exceptionality. As such, if Forster’s production is mainly devoted to an attempt of naturalizing social phenomena, conversely Humboldt
makes ontogeny and phylogenesis coincide, thus levelling out the historical and physiological processes regarding the species with those characterizing the events of subjectivity.

In this paper I present some crucial aspects of Tim Ingold’s recent works that are particularly important for a ecological approach to philosophy and, more generally, to life. According to Ingold, ecology has to do with inhabiting a world of lines.
This is to say that, rather than an interaction between organism and environment, we should change our perspective and think of organism and environment as a single unit, a complete entity differenciates in the midst of the occuring and flowing experience. The world has not objects, instead fluid intertwoven lines. Ecology then is not something abstract, or a mere field of study: it is the ongoing process of continous transformation and evolution of life, and it has to be understood as a movement of lines, a mashwork of lines. To understand that, we need to achieve an education to perception and imagination free from the logic of any fixed ontology.

The present essay wants to investigate the relationship, ambiguous and interested, through which nature, bìos, its autonomous and complex system, have become an object of the conscious productivity of work, that has shaped the capital economy in the western world. To limit the subject to the most essential issues, which derive from enviromental problems of our time, and from the urgency they pose to globalized economy, the authors through which this essay intends to examine the ecological problem, and its work-nature relationship, are essentially two: Gregory Bateson and Herbert Marcuse. These are two authors who wrote in the same years, and in a time not far from ours, that first discussed the matter (at least in philosophy) of the impact of human tecnology on nature, placing at the same time the problem that this determines for our existence, for our health, and for our “happiness”.
They are also the authors that, coming from different studies, and having on this matter two approaches, as I shall try to show, very distant, nontheless, they apparetly ‘met’ on the urgence to rethink our relationship (“our” meaning Western civilization) with the world and with the living, that at the end of the sixties went throught the critics of capitalism, making the ecological issues their own in an original way.

This paper aims to analize the ecological implications of George Canguilhem’s philosophy. Despite Canguilhem’s distance from a naive naturalism and his arguments against a sort of techno-scientific ecology, the tools of Canguilhem’s reflections on the ecological crisis are still very appropriate in our time. He addresses the ecological problem in the frame of a wider sociological and cultural crisis, which directly concerns modern political institutions. Canguilhem examines the relation between life and technology, looking at the political consequences of productivism and deepening on the concepts of social “normalization” and biological “normativity”. In alternative to an obsolete idea of progress, Canguilhem’s work offers many hints on how to link ecological instances together with the possibility of new affermative ways of conceiving biopolitics.

In Vincenzo Gioberti’s reflections religious reformism and political proposal are always accompanied by a serious historical analysis. This essay re-traces Gioberti’s reading of the history of philosophical rationality focusing in particular on the Introduzione allo studio della filosofia. The interpretation of the passages dedicated to Spinoza, Descartes and Hegel aims at highlighting the ambiguity inside Gioberti’s criticism. Despite his wholly negative judgement of the outcomes of the history of thought, Gioberti does consider self-awareness within his perspective, as a criterion for distinguishing the truth, and as the most significant and no more revocable result emerging from modern philosophy.

This Paper analyses the Philosophy and the Theory of Unconscious in Hartmann’s Die Philosophie des Unbewussten. The Essay thematizes in particular the relationship between Will, Instinct, Representation, Consciousness and Unconscious in Hartmann’s Theory, referring to her philosophical Sources: Baruch Spinoza, Georg Wilhelm Friedrich Hegel, Friedrich Schelling, Arthur Schopenhauer.

The essay retraces Giovanni Gentile’s theoretical and political production from 1943 until his death on the 15th april 1944. The author investigates the reasons that led the philosopher to engage with the Italian Social Republic and underlines how Gentile, in his writings and speeches, always calls for national peace, in order to defend the country’s unity despite the ongoing war. Once Gentile’s political position is reconstructed, the second part of the paper deals with the most significant theoretical changes regarding the philosopher’s last volume Genesi e struttura della società. Then, the author considers a possible link between the anxiety or moral suffering that the philosopher might have felt facing the Nazi Fascist crimes and some pages of the volume in which there is a reflection on the conflictual nature of the social being and on the problem of death.

This paper concerns Anselmo Cassani’s intellectual itinerary, focusing on the relevant variety of different contexts which characterizes his studies. It recalls his multidisciplinary interests, from philosophy to history of ideas and anthropology, showing his never-ending commitment and originality, analyzing also his comparative method.

This contribution publishes Anselmo Cassani’s research project in the history of ideas on the passage from an idealized image of Egypt to egyptology as a science (1775-1848). His proposal was to show and discuss some of the mutations brought about by Jean-François Champollion’s discoveries. New methods, such as the comparate linguistics, archaeology, and a historical-critical approach in biblical history will lead – on one hand – to revise the enthusiasms of the beginning of the XIX century, but on the other hand to discuss the biblical chronology. In his brief introduction, Gianmaria Zamagni contextualizes Cassani’s research project in its time and place (the Department of philosophy of the University of Bologna at the end of the 90s), also showing Cassani’s literary acquaintance with an Egyptologist of Faenza (F. Salvolini [1809-1838]), with the then most recent work of Jan Assmann (Moses the Egyptian), and sketching the main connections with catholic ultramontanism, german idealism, and with the quest of the historical Jesus of the 1910s.

The article proposes the scheme of an overall reading of John Stuart Mill’s moral, social and political philosophy. Mill is a democratic perfectionist in Stanley Cavell’s understanding of the notion and this helps to make sense of Mill’s revision of utilitarianism and of his conception of liberalism and democracy. A perfectionist understanding of the value of freedom and of the sources of happiness is internally related to Mill’s conception of the political community. The preoccupation for one’s individuality is at the same time a deeply personal issue related to one’s experimentation in life and a political matter telling about the life of democracy.

In this paper I point out some distinctive features in Anselmo Cassani’s work, such as its methodological thoroughness, the accuracy of its inquiry, and its attention to the correctness about any historical contextualization. I would like to remind that Cassani was among the first scholars in Italy who demonstrated that the left-wing myth of the Thirties was far from reality and how the thesis of a revolutionary decade revealed to be untenable in the light of the actual behaviours of the most part of the British socialist intelligentsia, which neither gave up liberalism nor really supported Stalin’s regime. In the end I show how Cassani gave the right interpretation to the discussion that set out within the progressive Left when, from the end of the Second World War to the early Sixties, the Labour Party came initially into power but then lost much of its voters’ support. 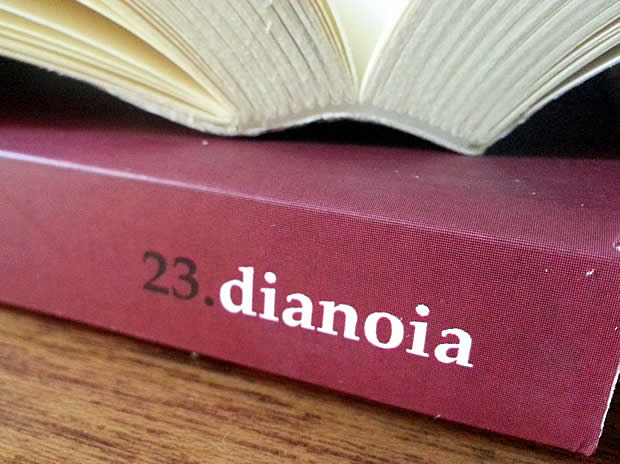