In Metaphysics, E 2, Aristotle deals with the being per accidens, apparently in order to exclude it from the realm of first philosophy. My aim is that of analysing the notion of sumbebekos and to show that the claim for which there is no science for the being per accidens does not holdfor every kind of accidental properties considered by Aristotle in the chapter. I will claim that at least three accidental properties must belong to the realm of first philosophy and I will explain to what extent there could be, for Aristotle, a science of accidens.

In what follows I am trying to reconstruct the Aristotelian theory of the mixed constitution as is found in the Politics. In this work Aristotle inquires into the social and economic foundations of various constitutions and points out that the mixture between oligarchy and democracy, i.e., the polity, is not only a merge of the elements of these two forms of government, but also a "middle" constitution characterized by the absence of any excessive difference of wealth between the rich and the poor. Accordingly, I will focus on the following related problems posed by Aristotle: (1) How is it possible to distinguish between polity and democracy? (2) What makes a middle constitution stable? (3) By what criteria should the polity be indicated as the best form of political association, and not as the Best State, (constitution) in absolute? (4) What is the political virtue of any ruling class of the polity?

In this paper I offer a review of Angelo Giavatto's book Interlocutore di se stesso. La dialettica di Marco Aurelio (Hildesheim -Zurich -New York, Olms, 2008). In the first part of the article, I consider the exegetical criterion which is at the basis of Giavatto's reading of Marcus Aurelius'Meditations, i. e. what the Author calls 'The families of chapters system '. I aim to try out the Author's model by analysing its application in some of the most significant sections of his work. In the second part, I look into the main thesis of the book, according to which Stoic dialectic and epistemology are the background of Marcus' book, in spite of its alleged practical character. I try to display the qualities of this ground-breaking interpretation, also raising some objections as regards its full fittingness. My conclusion will be that dialectic and epistemology are indeed of great importancefor an appropriate reading of Marcus' Meditations, although the Emperor's appeal is far from being restricted to Stoic philosophy.

Despite much classical historiography has seen Descartes' philosophy as a rigorously deductive «order of reasons», inductive and enumerative procedures play an important role in Cartesian method. Descartes takes these operations to be the cornerstones of his analytical method, since he states explicitly that «enumeration is requiredfor the completion of science». Accordingly, this article aims at providing a terminological and conceptual introduction to Descartes' theory of induction, considering the different contexts (epistemological/physical) in which it is applied. Descartes defines it as a close and accurate examination of all that pertains to the question proposed, such that we can conclude certainly and evidently that we have not forgotten anything. As such, induction can be compared to enumeration («enumeratio sive inductio» in the Regulæ), with which it is sometimes identified. A classical enumeration is also the way in which Descartes explains the nature of light by comparison («mitatio») to other «natural powers», which fall under the same idea of extension. Induction gives «some idea» of the properties of light in the Dioptrics (1637) by comparison («comparatio») with other similar phenomena. By addressing the question of knowledge in terms of «chains of deduction» and «sufficient enumeration», both Descartes' early career and his later philosophical system suggest a new account of logic as a "logic of discovery". Descartes believed the formal logic of his day (the logic of syllogisms) only to be of use in explaining things to others, not in making new discoveries, whereas Baconian induction was unable to undertake properly scientific and natural philosophical endeavors on account of its unmethodical character. Nonetheless, Descartes' account of analytical and inductive reasoning is deeply embedded in the contemporaneous debate on the hypothetico-deductive method. It is my goal to show how the synthesis between reason and experience offered by Descartes' inductive-deductive procedure represents the focal point for subsequent scientific and philosophical debate, as well as one of the most important sources in the development of modern science.

The paper focuses on Berkeley's Principles and their Introduction and considers his shift from a two-way referential system of knowledge and philosophy of mind to a three-way system, in which a more articulate theory and the epistemic notion of Divine Language playa crucial role for the esse est percipi. Drawing comparison between Berkeley, Locke, Hume, and Saint Augustine, the research considers Berkeley's skepticism with regards to the existence of abstract and general ideas as the actual base of the Principles, inasmuch as the critical core could still be considered the destruction of the idea of substantia -and therefore, the possibility to "purify" language from a semantical point of view, and to achieve a new theory of knowledge. Also considering the key role of the theory of abstraction for Berkeley and the difficulties that would lead the thinker to later embrace an idealistically conceived metaphysical approach, the paper research argues that his discussion on object of thought in tenn of "generic objects" is in fact what made him a milestone thinker also for contemporary suggestion about intentionality.

In order to judge the actuality of Voltaire 's thought, one must redefine the notion of actuality itself, and consider it, according to Walter Benjamin's theory of history, as a break in historical continuity, and not as a form of everlasting presence of some elements of the past in the present. Consequently, the heritage of Enlightenment is less a patrimony of doctrines and ideals to be preserved and perpetuated, than a critical attitude towards one's own present. That implies, as Voltaire himself states, that a philosopher should understand which is the «point one reaches»; nowadays, as our own «point» has changed since Voltaire's times, the only way to remain faithful to his mission, and to comply with his appeal to «conform to the age», will be necessarily a critical attitude towards the myth of reasonableness and progress he once embodied.

The essay traces the history of the critical Edition of Johann Gottlieb Fichte promoted from the second halfofthe twentieth century by the Bavarian Academy of Sciences and published by Frommann-Holzboog (Stuttgart). This Edition is now coming to conclusion with the release of the last volumes. It is a very significant experience in the history of editions of classic German philosophers, which is closely linked with the history of philosophy and with the political history of Germany after the Second World War. A central figure in this experience was Reinhard Lauth, initiator and organizer of the Edition, but also his collaborators and co-curators: Hans Jacob, Hans Gliwitzky, Erich Fuchs. An experience of successful cooperation between editorial work, philology and philosophy.

Sergio Cotta, along with Andre Masson and Robert Shackleton, has been the most important interpreter of Montesquieu in the 20th century. Not only because he edited, although in Italian translation, the first complete critical edition of the Esprit des lois (Lo spirito delle leggi, Torino 1952), but for the first truly scientific monograph on the whole thought of Montesquieu (Montesquieu e la scienza della societit, Torino 1953). Advocate of the "sociological" interpretation of Montesquieu (Montesquieu as founder of an empirical science of society), Cotta has brought original contributions in
focusing some fundamental issues of the thought of the French philosopher. such as the conception of religion - and of Christianity in particular -as elements that bring about social and political order and, at the same time, as a source of liberty; the dialectical vision of common good and liberty with the connected appraisal for the role of the parties and of the socialpolitical pluralism; the idea of boundary as a key concept to access the analysis and the resolution of political and moral problems. No-one but Cotta could create a better image of Montesquieu as a "philosopher of the boundary".

The intention of this paper is that of proposing a method of approaching the problem of spacetime ontology that is, at least at the beginning, independentfrom the previous ones concerning the "Hole Argument": to propose an approach based on the possibility of describing the gravitational field at three distinct levels. Observing the theory of General Relativity from this perspective, we can find a "triple modality" for describing the gravitational field that is essentially based on a geometric interpretation of the spacetime structure. The gravitational field is now "visible" no longer in terms of its autonomous degrees of freedom, but it is analyzable through three levels: a first one, called the potential level, a second one, known as the connections level and, finally, a third level, that of the Riemann tensor, which is peculiar to General Relativity only. Focusing from the beginning on what is called the "third level" seems to present immediately afirst advantage: to lead directly to a description of spacetime properties in terms of gauge-invariant quantities, which allows to "short circuit" the long path that, in the treatises analyzed, leads to identify the "ontic part" of the metric field. It is then shown how to this last level it is possible to establish a
"primitive level of objectivity" of spacetime in terms of the effects that matter exercises in extended domains of spacetime geometrical structure; these effects are described by invariants of the Riemann tensor, in particular of its irreducible part: the Weyl tensor. 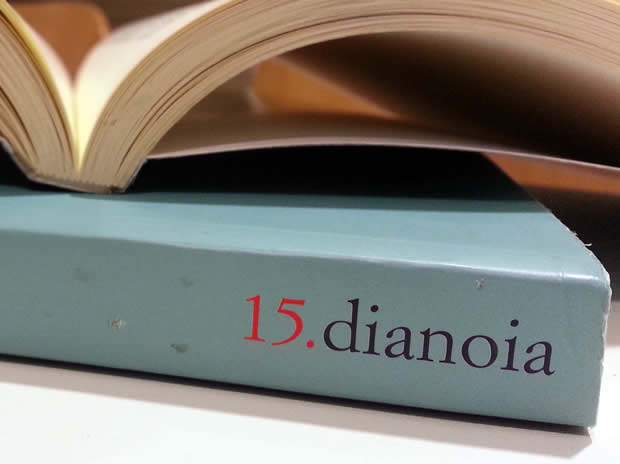