In his extant works, Aristotle does not define divination and studies with a critical approach only a particular kind of it, the divination through drearns which takes place during the sleep. We also know from ancient sources' indirect accounts on his no more extant works that he was interested in the the general topic and focused his attention on other kinds of divinatory experiences, all of which connected with the condition of sleep. I shall be arguing that it was difficult on Aristotle's own tenns not only to define divination as a science or a technical knowledge, but also to accept any other definition which he might have been faced vvith, such as the definitions given by the Stoics particularly in Cicero's De divinatione. For they assumed divination to be either an anticipated knowledge of future events, where there was no room left for chance, or a skilled ability inspired directly from gods, whose providential care and design the origin of those signs was attributed to. But, as his approach to the existence of a divination through dreams shows, Aristotle could hardly have adhered to a deterministic view, hence denied the existence of accidental causes, and to a picture of the world ruled by divine providence.

One of the features of Stoic epistemology that is most attractive to contemporary theorists is the ontological constraint on which it is based. According to the Stoics, an inquiry on the appropriateness of our beliefs and their relation with the world must proceed through an inquiry on the kind of object that they represent, i.e. through the individuation of the ontological category under which their object can be subsumed. The first part of this paper is devoted to an analysis of Zeno's definition of cognitive representation. My claim will be that the originator of the Stoic tradition conceived of the represented object as a well-defined entity, possessing specific ontological properties. I also offer a criticism of David Sedley's interpretation of the aforementioned definition. In the second part, I will contend that both the introduction of the genus pos echon in the Stoic theory of categories, and the use of the verb huparcho in the Stoic definition of true and false proposition, which are probably due to Chrysippus, can be interpreted as a way of strengthening the link between ontology and epistemology that Zeno introduced.

After commenting on some main features of the Italian Renaissance, the present article dwells upon Leon Battista Alberti's Momus (about 1450). In this allegorical and humorous fable, the influence of Lucian's Dialogues and of Diogenes Laertius's Vitae philosophorum is evident. Book II of Momus contains the erronum laudes, whence this essay proposes a critical examination of the image of beggar. Alberti's depiction of erro, while influenced by classical tradition (Menippus, Diogenes of Sinope, etc.), is expression of a definitive repudiation of civil engagement. Moreover, by comparing D.L., 6.20-80 and the explicit presence of Diogenes of Sinope in whole fable, a disconcerting censure can be seen for all philosophies.

In the light of Descartes's morale, how can we judge Horace's parricide in Corneille's eponymous play? While the honour as much as the glorious magnanimity of the Cornelian hero reflects an aristocratic code, the Cartesian generosity implies equality between oneself and the others, based on a shared community of free will. Moreover, while Corneille's tragedy maintains arul promote an ideology of power, arul that it's patriotic Roman character personifies stoician strictness, the Cartesian wisdom does not encourage any superseding of the human condition but consider liberty, and the right use of Reason, as the supreme perfection of man.

This paper analyses the content and the context of a collection of essays written between 1737 and 1750 by Logic and Metaphysics students at the University of Edinburgh. This analysis aims to show that in the first half of the XVIII century Edinburgh was already a centre for polite and liberal learning and that the teachings provided within the University, in particular by Prof John Stevenson, had great influence on a number of intellectuals whose work was relevant for the Scottish intellectual renaissance of the second halfofthe century.

The Author reconstructs the history of Rousseau's French and German reception in order to stress the frequent and relevant hermeneutical mistakes, which characterize it from the beginning, that is, ftvm Benjamin Constant. Constant, Comte atul P,vudhol1 are paradigrnatic interpreters in a history made by misunderstwulings. Among the wide and famous xx century critical studies on Contrat social the Author emphasizes the greatest importance of Eric Weil's interpretation of Rousseau's political thought. Wei! focuses on the relationship between Rousseau alld Kant with specific regard to the idea of reason and its normative capacity. From this point of view he justifies a revolutionary intelJ)retation of the Contrat social and in particular ofthe concept of volonté générale.

In this paper I propose a detailed analysis of the passage of The Metaphysics of Morals in which Kant introduces inner lies among the violations of duties we have towards ourselves as purely moral beings. After reflecting upon Kant's failure to provide a satisfactory definition of this phenomenon, despite his awareness of its reality, I proceed to the analysis of parallel passages from The Religion within the Limits of Pure Reason, where inner lie is thought of as the primary source of evil, considering its implications for Kant's ethics in general. I then compare Kant's view with recent interpretations of self-deception.

In according to the movement that characterizes the spheres of action as Weber pointed out in the Zwischenbetrachtung -, the modern political space evolves towards a formal rationality, Politics develops itself by increasing the efficiency of the means without producing rational political goals. The problem with the social order lies in the contradiction between the needs of the legitimacy, from the point of view of the governed, and the formal structure of the legality. There is not any external criterion to make political decisions except the particular point of view of the government itself. Thus there remains in the modern wuorld a lack of sense that threatens politics.

Bazin's film theory is usually interpreted as a realistic one: cinema is supposed to reproduce reality as a mirror. Nevertheless Bazin's theory cannot be understood in this traditional form. Cinematic image leads the member of the audience to perceive reality as he has never perceived it before, unveiling its profound sense. Thus, cinematic image acquires an ontological dimension. To underline its philosophical value, it can be worth to approach Bazin's film theory to Merleau-Ponty's last ontology and conception of painting. In fact, according to Merleau-Ponty's essay L'œil et l'esprit, pictorial image gives to vision its original powers and possesses an ontological value. 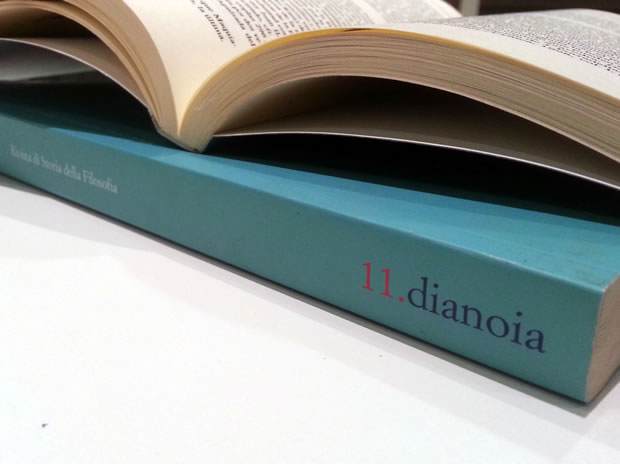