The paper has two main aims, one larger and one slightly narrower. The larger aim is to undermine forther a tendency that has dogged the interpretation of Platonicpoliticalphilosophy in modern times, despite some dissenting voices: the tendency to begin from the assumption that Plato's thinking changed and developed over time, as ifwe already hadprivileged access to his biography. The slightly narrower aim is to reply to two charges of intellectual parricide made against Plato. The first is explicit and well-known: that he recommended political structures of a sort that would exclude the foe-ranging philosophical inquiry sponsored by Socrates. The second is implicit in the standard reading of the Politicus, and says that Plato actually came to approve (however reluctantly) of Athens' execution of his teacher. I argue that the relevant passage (Plt. 297c-302b) has been misunderstood, and that it is in fact fully consistent with the blanket criticsm we find in the Republic of all existings forms of constitution. The Athenian democracy still got it wrong, both in general and in making the particular decision to kill off old Socrates. I also argue that so far from proposing to abolish Socratic inquiry, Plato's political works as a whole (Republic, Politicus and Laws included) are actually designed to show the need for it.

This paper analyses the two definitions of relatives in chapter 7 of Aristotle's Categories startingfrom David Sedley's recent article on this topic. In particular, using Simplicius' commentary, I suggest some new argumentsfor Sedley's emendation at 8b18, which make it possible to read the expression αύτή ή κεϕαλή in the sense of the head in itself(a substance) in opposition to the head as a part of the body (per accidens). The consequence of this interpretation is that it changes the meaning of the second definition of relatives, making it able to distinguish between what is a relative as such and what is a relative accidentally.

Unlike Sextus Empiricus, who believed that grammar (an a-technical discipline) included history and made it different from science, La Mothe le Vayer ackowledges the possibility for history to aim at truth, like other sciences do; yet he maintains that every science (history included) is uncertain, chefty on account of the opposed opinions of scientists. La Mothe radicalius the Pyrrhonian employment of 'epoché': his historical Pyrrhonism is more extensive, compared with the critical and aporetical theories of other philosophers of history, in particular with Naudé's fondamental perpateticism and Bayle's 'Cartesian' scepticism.

In 1713 the hint - contained in a short note of the Memoires de Trévoux Ilnnoncing the publication of Berkeley's Principles - to a mysterious «Malebranchiste» that states to be the only being created that is, is at the origin of the metaphysical use of the term «égoisme» and of the solipsistic theory. Startingfrom here, the essay tries to reconstruct, inside the complex interlacement of Cartesianism, Malebranchism and Berkeleianism, the discussion born regarding the identification of the mysterious assertor of the solipsistic thesis, ruggesting the possibility to identify the «Malebranchiste» with Caspar Langenhert instead of Claude Brunet.

The need to draw from American experience a democratic paradigm which could be extended to French events, urges Tocqueville to devise and modify the interpretative criteria provided to him by European tradition. The realization of some deterministic implications of these criteria, makes Tocqueville reflect on the nature of social aggregation and development and finally assign to «reason» - understood as rational essence bringing together all men - a leading role in determining the issues of democratic societies and, more generally, of human action.

The article examines Marx's reflections on Russia over the last decade of his life. His increasingly intense relations with exponents of the populist movement lead Marx to re-examine his idea of an immobile Russia, place of eternal despotism, and hypothesize a historical sequence in which an approach to communism is not the result of a crisis in the capitalistic system.
His study of the social and political situation of the czarist empire twenty years after the «emancipation» of the glebes allows Marx to folly grasp the importance of the subjective factor in historical dynamics, pushing him towards radically anti-deterministic positions regarding the prospects of revolution in Russia.

The article aims at exploring Francesco De Sarlo's background: his medical and philosophical studies in Naples, his activity as a psychiatrist in the mental hospital of Reggio Emilia and his teaching of metaphysics in Florence. Particular attention is given to his laboratory of experimental psychology (1903), to the editorship of «La Cultura Filosofica», as well as to his major works, I dati dell' esperienza psichica (1903) and Psicologia e filosofia (1918). It is here that De Sarlo's doctrines regarding gnoseological and ontological dualism, the relationship between life. psyche and matter are set out from a spiritualistic perspective. What emerges is a critical attitude towards Croce's idealism and Gentile's philosophy of the «pure act of thought». 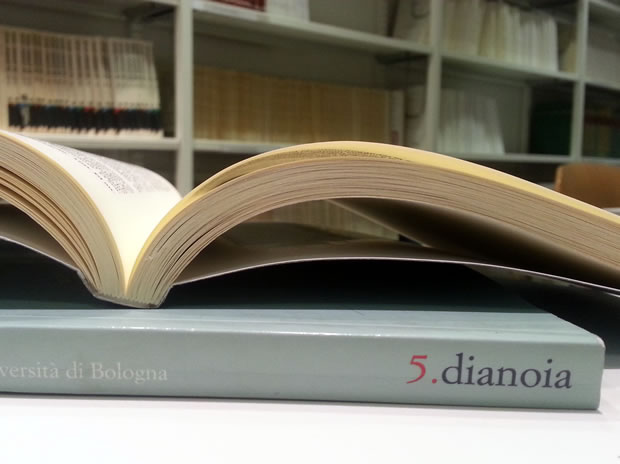