In the first part of this article, an unnoticed passage in Sextus Empiricus's Outlines of Pyrrhonism is pointed out, namely: «it is impossible for a sound conditional to be constituted from conflicting propositions» (P II 189, esp. frag. 961, 1228, 9-11 Hülser). As is argued at length, and chiefly owing to this passage, the Chrysippean implication, far from being an ancestor of strict or relevant implication, has as its modern relative the so-called analytic consequential implication. Moreover, as is shown in the second part, Sextus's unnoticed passage has two closely related counterparts in the fourth book (349, 40-42 Orelli and 359, 19-21 Orelli) of Boethius's Commentary in Ciceronis Topica, which are almost a paraphrasis of 1228, 9-11 Hulser. This is only the starting point towards a principal aim of this article, namely to show that all the unexplained features of the so-called Boethian logic, and notably the strict equivalence between 'if P, then Q' and 'not-(if P, then not-Q)', become nothing more than simple and provably sound corollaries of the Chrysippean theory of conflict and connectedness. Therefore, the Stoic logic of Chrysippean implication becomes, by means of a late peripatetic restatement, a fondamental (although far and indirect) source of Boethius's doctrine of valid or repugnant conditionals, whence Boethius also becomes a fondamental source for (a real understanding of) Stoic logic.

The aim of my paper is an analysis of the Latin translations, realised by Stephanus, Hervetus and Fabricius, of Sextus Empiricul work, Pyrrhoniae Institutiones and Adversus Mathematicos.
By considering the concept of agōgē, the names of the Scepticism and their Latin versiones, it is possible to advance our understanding of the history of philosophical Scepticism. My conclusions show, on the one hand, the general accuracy, though not the absolute reliability, of these translators-commentators; on the other hand, they confirm the linguistic and philosophical relevance of Cicero's Academica and Diogenes Laertius' Vita Pyrrhonis, the latter in the translation provided by Traversari.

The 10th thesis in logic condamned at Oxford by Archbishop Kilwardby in 1277 was concerned with the exegesis of De int. 10, 19b19-20b12. It has been shown that the thesis had no support at Oxford, while in Paris it was commonly held by the commentators.
This paper investigates the motives behind this twofold interpretation of the aristotelian analysis of propositions with infinite predicates.
The diverging positions developed at Oxford and Paris are related with two semantical issues: the problem of the range of applicability of infinite terms and the question of the copulative function of the verb 'to be'.

Patrizi pursues the unity of Cosmos on a gnoseological and methaphysical basis. The task has a great importance because it corrects the errors of bad Aristotelian philosophy which afficted Catholic theology itself The author establishes the necessity of a single principle and, using the Neo-Platonic triad, essentia-vires-actio, proves that from this premise there follows a universe homogeneous in its nature, dominated by laws constant at all levels. The study of light and a original theory of the four elements confirm, also recurring to experience, such a unitariness. However the contradiction between Neo-Platonic methaphysics and Christian theology persist.

The paper attempts to show the complexity of the role played by the concept of action in the philosophy of Hobbes. It begins with a discussion of Hobbes' mechanicistic explanation of human action and of his understanding of the idea of God as a First Cause, ending up with a consideration of his political philosophy. As a result of this examination, the question is raised whether Hobbes avoids the contradiction that the same human action may be evil when considered as proceedingfrom man andgood when considered in relation to the authorship of God.

The paper begins with a discussion of Bradley's theory of immediate experience. This provides the ground for an interpretation and evaluation of the arguments in support of the claim that reality is experience as well as for an understanding of the idea that immediate experience develops into ordinary relational consciousness and finally looses itself into the Absolute. It is solely by refirence to this peculiar sort of dialectical process that Bradley's contention that reality is experience can be properly understood and that the role played by the concept of Spirit in his metaphysical system can be assessed.

Ten years after the 1989 Peirce Congress several but not all the proceedings issued from the meetings have been published. This essay takes into account those related to logic, philosophy of science and metaphysics. The main topics we have singled out for examination are: the links between logic and mathematics, the development of relations and quantification theory, Peirce's system of existential graphs, the metaphysical synechism and the mathematical problem of continuity. As a whole, the papers examined give not only a valuable contribution to Peirce's scholarship, but support the idea that some of his researches are of continuing importance today.

B. Karsenti's recent study on Mauss («L'homme total. Sociologie, anthropologie et philosophie chez Marcel Mauss», Paris, PUF, 1997) seems to mark a return of French research to classical themes, after the wave of 'post-structuralism'. Symbolism and the problem of expression are the main philosophical questions discussed by the author, whose interpretation of Mauss makes reference, on the one hand, to Merlau-Ponty, on the other, to Levi-Strauss, although Foucault, Deleuze, Derrida are also kept into account. Some hints arefinally given about the perspectives of foture research Karsenti's book seems to open. 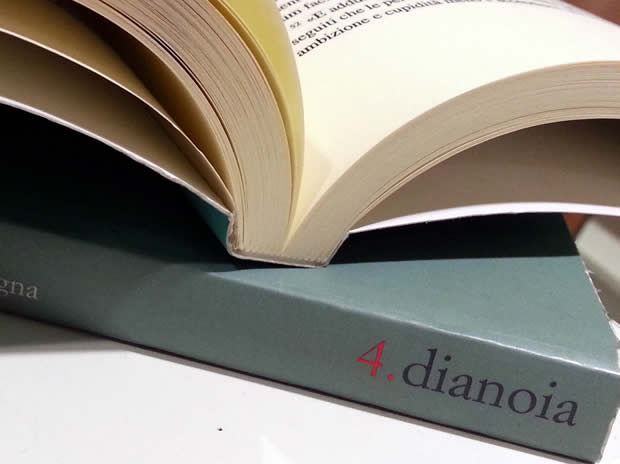