To challenge the idea of discontinuity between medieval natural philosophy and early modem science, the very terms and notions at stake are preliminarily clarified. To defend continuity, the Copernican contribution is then restored to a significant place in the scientific revolution, by reassessing the role of traditional topics and dialectical logic in the justification of Copernicus' arguments. Finally the whole discussion is situated in the context of the philosophy of spirit.

The idea of historical continuity is essentially based on a false epistemological assumption, that of a unique model of scientific enterprise. The opposition between continuity and discontinuity is to be more properly conceived on an historiographical level. By defending historical continuity, as Duhem did, we are bound to accept the view of a unique model of scientific growth, and to conform medieval scientific thought to that modern science he was reacting against. An historiography that acknowledges historical diversity and discontinuity can be aptly aware of our present concerns about different approaches to scientific thinking.

Historical continuity and discontinuity depend on corresponding historiographical interests, which see themselves respectively in opposition or in agreement with the prevailing views. Disussions aiming at finding a final response seem therefore otiose. The role of logic in the transition from mediaeval to modem scientific thought is indeed decisive, but Andre Goddu's example about Copernicus' use of dialectics, which is mooted in support of continuity, can actually be seen in a different perspective.

The aim of this paper is to explain how Pierre Bayle, havig recognized through the use of Zeno's paradoxes the impossibility of reaching such a characterization of space, matter and movement as it can be universally accepted and clearly demonstrated, removes the representation of that concepts from both Descartes' dualism and Spinoza's monism. Even if Bayle acknowledges the arguments of the different post-Cartesian orientations, he does not fully embrace any of them. The re-presentation of Feuerbach's interpretation of Bayle indicates the author of the Dictionnaire as a philosopher who defined space independently of theological and metaphysical influences.

The prize competition of 1755 on the subject of optimism represents a wide and deep analysis of Leibniz' philosophical system. Discussed are not only the principles of the identity of indiscernibles and of foundation, the notions of freedom and peifection, but also the primacy of man or of God within the best possible world. The theoretical options concerning a conceivable world where all is good are dealt with in form of a systematic confrontation as well as in a hermeneutical debate.

The term "égoisme" has used in 18th-century in French has a double origin and meaning. 1t appears at first with the metaphysical meaning of "solipsism", which reference to a short review of Berkeley's Principles published in 1713 on the Memoires de Trevoux, and it appears, later, with a moral meaning (formerly signified by "amour-propre"), in association with the term "egotism", which accurs in 1714 in an essay by J. Addison, who says it was introduced by the gentlemen of PortRoyal.

Kemp Smith gave to the press a decisive work on Hume's philosophy in 1941, and since then an opposition of scepticism to naturalism is widely accepted among Hume scholars. More recent contributions insist that Hume was careful not to give an ontological value to its scepticism and saw human experience as part of a world made of objective causal connections, but Kemp Smith's interpretation was primarily focused on the evaluation of instincts and natural propensities found in experience but unexplainable by means of the association of ideas, a reading where a crucial role was played by some analogies with Kant's copernican revolution.

The essay compares Lyotard's vision of the post-modem with the themes of the power and the "governmentality" developed by Foucault, which are basically different even though there are some documented convergences. The hinge of Lyotard's discourse is the difference between paralogy and system, with which the technical-scientific development joins the will of using the same development as anti-system. As far as he is concerned, Foucault hinges on the relation man-power in order to set on new basis the "possibility" of an ethical behaving as well as an alternative political project. Renewing the principles and the questions of the Aukflärung, he seems to offer much more up-to-date instruments to cope with the present days. 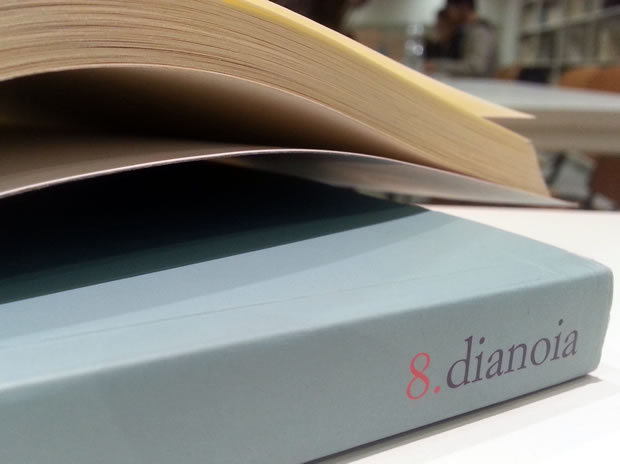