Focused on Heidegger's 1924 course, Grundbegriffe der aristotelischen Philosophie, in addition to the reading of Aristotle's account of time in the 1927 Grundprobleme der Phlinomenologie, the present paper aims to show how Aristotle's conception of 'essence' as the what-it-was-to-be (to ti en einai), as well as his related conception of energeia as simultaneously being and having-been in the now, challenge the interpretation of being and time Heidegger wishes to attribute to him while confinning anddeveloping a very different interpretation that emerges, even andindeed especially on Heidegger's own reading, through Aristotle's explicit account of time in Physics W.

This paper presents an analysis of Aristotle's EN VII 6, 1149a24-b3. This passage states that acrasia of thumos is less disgraceful than acrasia of desires because thumos is somehow more reasonable than desire. This claim seems to be in need of explanation, since thumos and desire are both non-rational impulses in the Aristotelian psychology, and thumos is never said to be connected to reason by Aristotle. First I will show with the help Aspasius' commentary on the Nicomachean Ethics that this passage has strong Platonic resonances. With some ideas derived from this analysis I will then explain that thumos is in a way more reasonable than desire, in so far it is responsible for an indiscriminate application of a correct norm of reason, while desire normally leads to an action that is the opposite of what reason orders.

The article traces the technical and cognitive careers of the (printed) book and the (mechanical) clock. They w~~ the earliest mass industrial artefacts and both would have a far-reaching impact on modem culture and science. At the end of the fifteenth century they became "pocket size", triggering industrial production and a wealth of commercial activities, Important elements of European cultural dev~lopment arose from the economic and technical development of timela!eping andprinting. Less known is the parallel career of the two products as icons, not so much in painting, as in marquetry. Representations with this sophisticated technique are present in two particular architectonic spaces: the choir and the 'Studiolo'. The earliest literary/scientific mythology of the book and clock was perhaps forged in the 'Studiolo'. Curiously, historians Einsenstein and Gimpel, when referring to the book and clock, respectively, speak of a silent revolution: in reality, the two technical products are not at all lacking in voice. One only has to seek it.

The inquiry aims to outline the essentials of Alberti's political philosophy; it follows the genesis of the "ideal city", from architectural and politicalinstitutional aspects. The paper consists of three paragraphs: firstly it explores the relationship between concinnitas and ornamentum, analysing the general aspects of the city design; subsequently it examines the economic life in the repubblica degli iciarchi; the third section deals with social and pedagogical topics. The conclusion is that the city design is in accordance with a political system where religious, civil end economic powers coexist harmonically, in the framework of a temperate seigneurial state.

The article presents new docummts which shed light on genesis and drafting of the Disputationes adversus astrologiam divinatricem by Giovanni Pico della Mirandola in the years 1493-1494. It puts forward the possibility that a first redaction of the work was handed over to Girolamo Savonarola and illustrates the circumstances of its first publication, carried out posthumously by Giovanni Pico's nephew, Giovanfrancesco Pico. An appendix presents some additions to the text found in a copy of the book so far unknown, which belonged to another nephew of Pico's, Alberto Pio da Carpi.

In a theoretical and historical perspective, this essays tries to point out two contributions of Leibniz to the contemporary debate on mind and its scientifical and philosophical explanations. The first one is the idea of analysis and its applications to the different fields of mathematics and logic. By virtue of it Leibniz has been one of the forerunners of the modem computability theory. The second one is the leibnesian analytical treatment of perception in his monadological system with particular regard to the themes of representation and human knowledge. The aim is to show a possible link between the two issues both in Leibniz work and in contemporary reflection on mind.

In 1792, the Aenesidemus played a fundamental in the Post-Kantian debate. During the following forty years, its author Emst Gottlob Schulze clarified his own philosophical position in the psychogical debate of his era upholding the position of a 'natural realism' on a psycho-anthropological basis. Nonetheless the results of his gnoseology presented in Psychische Anthropologie (1816) exceeded the limits of a theory of knowledge, culminating in a theological proposal deemed as 'anthropotheology' presented in Über die menschliche Erkenntniß (1832). This article re-trace the steps which led Schulze to this position, referring particularly to his analysis of the structure of consciousness.

In Foucault's work La pensèe du dehors marks a sort of border. In this short text, the value of literature and the value of fiction language are celebrated, contrasting them to the ratio of episteme. At the conference Qu'est-cequ'un auteur?, Foucault showed that a new bank is near At the same year, L' archeologie du savoir had shown the precise places: how to make visible the origin of the "things said" and the conditions of their appearing. But a year later, with the conference L'ordre do discours, the passage seemed to be completed, and the role of the literature scaled down. 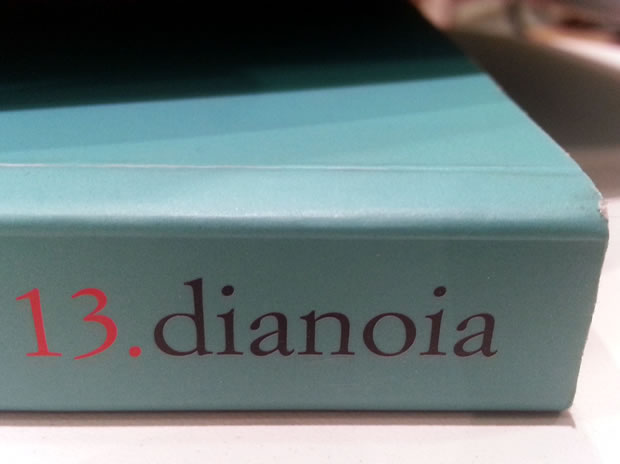