The aim of my paper is to understand the reasons of Plato's and Aristotle's silence about Gorgias' philosophical treatise known as Περί τού μή όυτος. By considering their explicit references to the Sophist and, above all, the arguments they implicitly borrowed from his work, I tried to argue that they consciously omitted some of  his arguments, in order to stress the originality of their own doctrine. In spite of their differences, both Plato and Aristotle chose to ignore Gorgias not only because of his paradoxical theses, but particularly to conceal the connection, adopted by doxography, between his ontology and Eleatic philosophy.

Pitiful Dramatics and the Feminine Framing of the Phaedo

Although often inclusive of women, Socrates expels Xanthippe from the jail in which he awaits death in the Phaedo. How are we to make sense of her dismissal? What is at stake is whether the dismissal reflects a dismissal of women and «the sort of thing characteristic of women» from philosophical dialogue, or whether it is a response against the sort of «pitiful dramatics» Socrates abhors. After an examination of the former possibility, this paper will argue for the latter, and draw out implications for the kind of tragic hero Socrates the kind that does not inspire pity, as does the Aristotelian tragic hero, but something else entirely.


Pitiful Dramatics and the Feminine Framing of the Phaedo

The aim of my paper is to analyse Wyclif's De statu innocencie (c. 13751376). Here Wyclif paints the features of man in the edenic state, connecting them to some remarkable themes concerning nature, dominion, grace and free will. Lacking of nothing, man orginally had a perfect constitution and a natural dominion on all creatures, planned to serve God's glory. This state is used as a standard of measure of the fallen man's condition. My primary concern shall be to show how this treatise can be considered as an important laboratory where Wyclif tests the concepts he was working on.

In Shakespeare's works we find a kind of thesaurus of languages used in both major and minor political writings of medieval Europe. The aim of this paper is to follow one of these ways of formulating political ideas, i.e. the use of the natural body as a metaphor for human society; Shakespeare enjoys himself reversing - through some of his characters - the terms of that comparison (the so-called «organic analogy»), speaking of the human organism as a particular kind of political community, a "microstate ".

In the early history of the reception of Spinoza in Germany, Wolff's refutation is the first example of scrupulously fairness and systematic approach to Spinoza' s philosophy. Unlike it was usual to do at the beginning of the eighteenth century, Wolff never ridicules the jewish philosopher, never falls into personal invective, or into polemical and rhetorical motives. Therefore, although marked by evident limits of understanding, Wolffian criticism has the important value to offer an analytical interpretation through philosophical (or rather metaphysical) reasonings. Just this new approach to Spinoza's philosophy will greatly influence the well-known "Spinozarenaissance" at the end of century.

George Edward Moore is considered one of the most relevant philosopher with regards to the development of ethical theories in the last century. The Conception of Intrinsic Value is a short essay contained in his collection Philosophical Studies and it is a fundamental work in order to understand Moore's moral doctrine. He introduces the distinction between «subjective», «objective» and «intrinsic» predicates and he tries to explain the necessary connection between an object's intrinsic value and its intrinsic nature. In this anempt, Moore makes use of his «isolation argument» and the argument of «likeness» between two objects in two different universes. I discuss G.E. Moore's axiological doctrine and I mention its merits in defending predicates of value from reductionism, but I show the weakness of some particular aspects of Moore's ontology, beginning from the difficulties coming out from the argument of «likeness» and the problem of causal laws. I also take into consideration moorean criticism of Aristotle's conception of virtue, bringing out its consistency with Moore's position.

The aim of this paper is to discuss and clarify Michel Foucault's view of ancient philosophy beyond The History of Sexuality. My main purpose is to retrace the intellectual path that led Foucault to his first significant encounter with the Ancients, by taking into consideration some key passages from the courses he gave at the College de France from 1978 to 1984. Through the analysis of this body of material (still partially unpublished) and a detailed comparison with the work of Pierre Hadot, I will explain Foucault's interpretation of ancient philosophy in terms of a 'work of the self on the self'. I will also try to show how this conception of ancient philosophy is related to the issues that have worried Foucault throughout his philosophical activity: power, truth, and subjectivity. 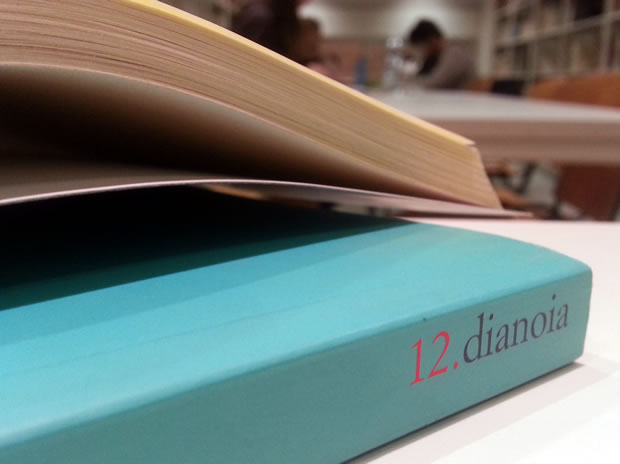